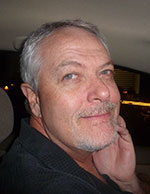 William Lynn “Bill” Duke passed away suddenly on May 5th, 2019 doing what he loved.  Working in the pastures of his beloved Dry Gulch Ranch along side his Wife of 15 years, Leola Ann Wingert Duke. Bill was born August 28th, 1961 to Robert and Lareese Duke joining brother Bob, sister Bonnie and then little sister Bambi joined a few years after.  Bill attended Mackay Schools and is a graduate of the 1979 class, serving as the Student Body President.  Bill enjoyed playing Basketball and Football in High School, with his grand stature giving him the edge.  Bill later attended Idaho State University where he earned an Associate of Applied Science Degree in Civil Engineering.  While attending ISU he also served as a Senator on the Student Council and Vice President of the School of Vocational Technical Education.  Bill was a great leader with his kind demeanor and his “walk softly and carry a big stick” attitude.  Bill just celebrated 30 years of service at the NRF site of the Idaho National Laboratories working in Radiological Control.  Bill was also a member of the Machinist Local 2006. Prior to his final career Bill had a hand in many things from working in the old Green’s Market in Mackay, Idaho to ranch work, driving truck and surveying.  He also worked as a custodian and maintenance for Butte County Schools and the Lost River Highway District back in his youth.

Bill married Leola Wingert on February 28th, 2004. The couple being deeply in love did everything together.  Before their marriage they built together the Dry Gulch Ranch just outside of Arco, Idaho and raised cattle and horses.  They enjoyed camping and 4 wheelers and would go to Las Vegas every year for Nascar racing fun!  Bill was also an avid hunter, as evidenced by all the beautiful mounts in their home.

Bill is preceded in death by his Parents Robert Duke and Lareese Evans Duke and nephew Colby Fonnesbeck.  He has gone to his Heavenly home leaving his wife Leola, a step son Phillip (Allie) Metheny and 4 grand children Raylee and Logan, Andrew and Anthony.  Bill is also survived by brother Bob Duke and Sisters Bonnie (Bruce)Macfarland and Bambi (Ed) Fonnesbeck.  Bill also has many Cousins, Nieces and Nephews, two adopted Daughters, in laws and out laws that will miss this exceptional human being.A memorial service will be held at Anderson Funeral Home in Arco, Idaho on Saturday, May 11th with family meeting at noon and a service following for friends and neighbors at 1 p.m.  In lieu of flowers, donations can be made to help defray the cost of the services. Leola Duke PO Box 92 Mackay, Idaho 83251.