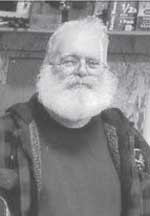 Rickie Neil Reed was born November 5, 1953, in Rigby, Idaho to Neil and Clysta Reed. He was raised in Clyde, Idaho until 1971 when the family moved to Challis, Idaho where he graduated from high school.

After school, he joined the U.S. Army. Rick was married, had two children, and later divorced. When he left Idaho, he lived in Washington State and for several years in Alaska. He moved back to Idaho in recent years, where he lived quietly until his death on January 26, 2022.

Rick was a member of the Church of Jesus Christ of Latter-Day Saints.

He also belonged to the Local 302 Operating Engineers. After he retired from Local 302, he had a Gold Mining Operation in Alaska prior to moving back to Idaho.

He was preceded in death by his parent. He is survived by his children, Emily Reed and Kyle Reed, seven grandchildren, one great-grandchild, and his siblings; Jewell, Merl, Larry, and Luann. He is under the care of Anderson Family Funeral Home; there will be no services at this time.