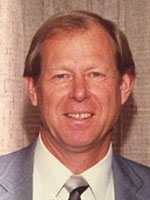 Norman Kent Sowards, 86, of Moore passed away peacefully at his winter home in Mesquite, NV on Dec. 11th, 2018.

Norman was born on Jan. 2nd, 1932 in Alliance, NE to William Thomas Sowards and Leota Marie Wilcox Sowards. He spent his early years in the Sandhills of Eastern NE near Ellsworth. In 1949, Norman graduated from high school at Deerfield, KS. and attended college in LaGrande, OR at Eastern Oregon College. It was there he met and married Mary Katherine Neer.

The couple moved to Eugene, OR and Norman completed his college education at the University of Oregon with a degree in physics. Upon graduation, Norm and Mary moved to Seattle WA, where Norman was employed by Boeing Aircraft until moving to Southern Idaho in 1957, when he took an offer from GE.

The couple moved to Lost River Valley in 1958, where Norm was employed in the nuclear field until 1973. At that time, Norman invented and developed a Fluid Bed Combustion System, primarily for forest industry waste. This technology replaced the old teepee burner waste systems. This was an environmentally acceptable solution to the problems of sawmill wood waste and pollution. One of the primary innovations of the fluid bed system was the ability to harness the energy out of the wood waste, making steam to dry the wood in the mill.

The family moved to Coeur d’Alene, Idaho where Norman founded Energy Products of Idaho and sold his prototype to Idaho Forest Industry. This concept was adapted and later utilized to process waste from peaches, olives, paunch manure from beef, coal, and auto shredding residue, to name a few. His innovative system was sold worldwide.

After selling Energy Products of Idaho in the late 80’s, Norm and Mary spent their summers at their home in Sitka, AK and their winters in San Jose del Cabo, Mexico, where they enjoyed fishing, golfing, and entertaining family and friends. Norman owned many boats throughout his lifetime. He was also an accomplished pilot.

In 2005, Norm and Mary moved back to the Valley he loved and made Lost River Valley their primary residence. One of the highlights of his life was going on safari in Zimbabwe, Africa with his son, Mike, in 2001. Norm and Mike each shot a cape buffalo and a number of other plains animals. It also gave him great pleasure the last few years to take his children and their spouses on 3 different river cruises in Europe. The last one being this past October.

Funeral services will be held Friday, December 21st at 2 p.m. at the Baptist Community Church in Arco, Idaho. The family will receive guests one hour prior to the service.

Interment will be at Hillcrest Cemetery in Arco immediately following the service under the direction of the Anderson Family Funeral Home.