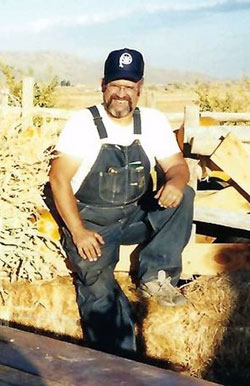 Mel was born June 12, 1945 in Medford, Oregon. The first born son to Melvin Arnold Johnson Sr and Wana Eulalia Conrad. Later he was joined by brothers David and Marvin as they grew up in Cental Point Oregon.

Mel attended Crater High School and was active in the Drama club and The Youth for Christ. He was especially well known for his prowess in football, playing all four years and was a varsity player from his sophmore year, lettering in his junior/senior years.

In 1963, he enlisted in the Navy Reserves and following his HS graduation in December 1964 he entered the Naval Training Center in San Diego California. His whole tour involved being in and around Vietnam.

Upon his release from active duty he worked at the Portland OR shipyards as a pipefitter. It was here that he married Linda Carrell and to this union was born daughters Melinda and Lori. Later they were divorced.

Mel then moved to Boise ID and completed his education at Boise Bible College. It's during this time he met and married Sheilah Bales Hadley in November of 1978, adding her children Pam and Phillip to his family. Then they moved to Arco ID to continue growing the Arco Christian Churh that Mel had started back in 1976 by coming over on weekends. They grew their family as well, adding Katie, Josh and Krista in 1982.

Through the years Mel did welding jobs for farmers, ran a Christian school and worked as a teachers aide for the Butte county school district. In 1990 Mel and Sheilah purchased and reopened the seasonal fruitstand on the big bend. Mel also began doing door to door sales with Boyds coffee products and Farmer Brother Spices. Eventually he was moblizing the fruitstand products out of the back of his truck in such places as Howe, Mackay and The truckstop. His fruit truck became an established fruitstand in Amy Lou's parking lot in Mackay every Wednesday in the summer for thirty plus years. Then the later '90's found them building the first additions to the fruit- stand and in July 1998 Sheilah passed away after battling cancer.

In December 2000, Mel married Shouanna Burch-Sellers. Over the next 20 years to gether they grew the fruitstand into the Mountain Man Trading Post as a store and cafe that became Internationally Renowned. The homemade pizza, biscuits and gravy and specialty sandwiches drew folks locally, nationally and internationally. No where else were you going to find a more charismatic, loving chef that could talk philosophy and physics and still leave you feeling like the most special person on the planet.

He was preceeded in death by his parents and former wives.

A Celebration Of Mel's life will be held on Saturday, February 20th at 1pm. At the Anderson Family Funeral Home in Arco, ID.