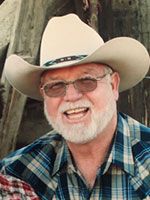 Our beloved husband, father, grandfather, brother and friend passed away unexpectedly on June 18, 2019.

Leslie Dale Smith, most commonly known as Mike Smith, was born on January 28, 1947 in Caldwell, Idaho to Clifford Leroy Smith and Myrtle Ostberg Smith and was the sixth of seven children.

Dad grew up and attended school in Adrian, Oregon graduating in 1965. Dad served a mission for The Church of Jesus Christ of Latter Day Saints in the Northern States Mission from 1966-1967. Upon returning home from his mission he enlisted in the Idaho National Guard in Homedale, Idaho.

On September 18th 1969 he married Sandra Lee Osborn. One year later they were sealed in the Idaho Falls temple. Together they raised six children: Todd (Robin), Tori (Jeremy), Trent (Josie), Travis (Amber), Traci and Trisha. They are also the proud grandparents of twelve grandchildren.

Dad was a devoted husband and father and worked tirelessly to provide for his family. Dad was generous, loving and giving to all he came in contact with, especially his family. His greatest joy was his grandchildren; he loved supporting them in all their activities and will always be their biggest fan.

Dad loved farming and ranching and was happiest when on a tractor or horseback. His children and grandchildren have many treasured memories hunting and riding in the mountains with him.

Dad had a strong testimony of the Gospel and was always a wonderful example of how to live a Christ centered life.

He ran a successful business for nearly 30 years in West Bountiful, Utah and was then able to retire and fulfill his lifelong dream on his ranch in Moore, Idaho.

He is survived by his wife Sandi, his children, his grandchildren and his siblings: CL Smith, Sharon Patterson, Lavora Sutton and David Smith as well as many nieces, nephews and lifelong friends.

He was preceded in death by his parents and his two brothers, Duane and Bill Smith.

We love you dad and will miss you every day!Funeral Services will be held Friday, June 21, 2019 at 1:00 pm at the Church of Jesus Christ of Latter-day Saints ~ Moore Stake Center, with a viewing being held from 11:00 am to 12:45 pm. Services are being cared for by the Anderson Family Funeral Home. Interment will be in the Owyhee Cemetery in Nyssa, Oregon, Saturday, June 22, 2019 at 1:00 pm.