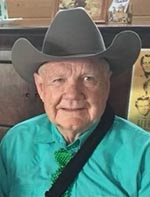 Les was born on March 5, 1941, to Francis and Lola (Bradshaw) Rosenkrance in Pocatello Idaho. They returned to their home in Copper Basin where he was greeted by his four older brothers, and three sisters followed over the years.

Les attended Mackay and Shelley schools. He married Lowayne Bone in 1960 and they had two boys, Ken and David. Les graduated from the University of Idaho with a degree in Range Management in 1969. His first job was with the Bureau of Land Management in Idaho Falls as a range conservationist. In the following years, he served in Anchorage and Tok, Alaska, Washington D.C., Safford and Phoenix, Arizona, and Boise, Idaho. At the time of his retirement in 2000, he was the BLM National Director of Fire and Aviation.

After retirement Les and Lowayne moved back home to Mackay. He enjoyed his family, especially his grandsons, as well as old friends and new ones.

Les was preceded in death by his parents, brothers Howard, Doug, and Joe also nephews Jim, Terry, and Jay Rosenkrance.

He is survived by his wife Lowayne, his sons Ken (Jamie) and David (Sandy) his grandsons Jared (Cristina) and Zane. He is also survived by brothers Ed (Jan) and Emmett (Mary) and his sisters Isabel, Linda, and Colleen (Mark). Les leaves behind many nieces and nephews whom he loved very much.

His services will be under the direction of Anderson Family Funeral Home on Saturday, October 15th at 2 pm in the Mackay High School Auditorium with a visitation one hour prior to the service. In-lieu-of flowers the family suggests donations to the Mackay Food Center LLC, Care of Ireland Bank, POB 600, Mackay, ID 83251.