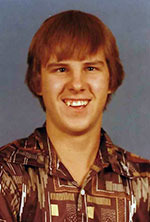 He was born May 31, 1962 in Gooding, Idaho to Glenn Richard and Marjorie Lorraine Combs. Jimmy was raised and received his education in Salmon, Idaho, graduating from Salmon High School in 1982. Following high school Jimmy attended college at Boise State University before enlisting in the United States Army. He served during the Gulf War and was also stationed in Germany and Panama.

On October 30, 1989 he married Zulyn Vainey Gutierrez in Panama City, Panama. They made their home in Filer where Jimmy worked as a Truck Driver to provide for their growing family.

Jimmy enjoyed hunting, fishing, spending time with his family, photographing wildlife and loved taking his grandson Hayden on four wheeler rides and rides in his jeep.

Surviving is his wife, Zulyn Combs of Filer, ID; a son, Glenn Combs and wife Ivee of Jerome, ID; his mother, Marjorie Webb of Salmon, ID and a sister, Lori Combs McCarter of Usk, WA. He was preceded in death by a brother Richard Combs and his father Glenn Richard Combs.

Funeral Services will be held Thursday, June 3, 2021 at 11:00 am at the United Methodist Church in Salmon, Idaho with Reverend Kelly Murdock-Billy officiating. A visitation will be held for one hour prior to the service. Interment will be in the Salmon City Cemetery under the direction of the Anderson Family Funeral Home with Military Rites provided by the American Legion Lloyd Shaw Post #67.