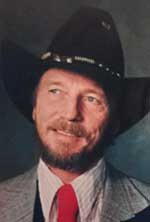 He grew up on Cleveland Street in Idaho Falls, Idaho. Jerry was the youngest child of Jerome Hans Keller and Elsie Lois Buck Keller, born on August 14, 1946. He had 2 sisters, Sherry and Sharon, that loved him very much. He went to Idaho Falls High School where his love of bull riding began. He rode bulls throughout his life until his health no longer allowed it.

Jerry married his childhood sweetheart, Judy Ruth Ker. They had 3 kids together John, Dana, and Jason. This was a fun time; he taught his kids all his many talents and enjoyed his time with them. There were many camping and hunting trips. He had a lifetime passion for cars and would restore them into classic beauties. Paint, mechanics, and electrical were no problem. He was a master and loved what he did.

Meanwhile, his dad was doing research checking out the best way to build the FIRST automatic car wash in Idaho Falls in the early ’50s. WHIRLWIND CARWASH was born! Jerome was a carpenter who built the building and designed the carwash. After his dad died the responsibility fell on him to run the carwash with his mother. He worked hard to keep things going for about 6 years but unfortunately, the maintenance was eventually more than the carwash could support so they sold it to help his moms’ retirement.

He then took his talents and became the Service Manager for Wackerli Buick/Cadillac/GMC. He was very good at his job and met lots, and lots of people that also became many of his good friends.

He married Trudy Sheen then divorced.

Later in life, he married Bonnie Little. Together they had one child Kara Kin Keller. Kara was for sure sent to Jerry to relight his spirit. She brought him joy late in his life and cared for him until his last struggling days.

Cremation services were under the direction of the Anderson Family Funeral Home.