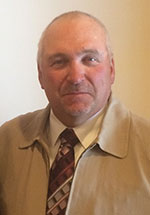 Jeff spoke of Heaven, longed for Heaven and now he is in Heaven.

Jeffery Ray Isham passed away due to a motorcycle accident on May 16, 2020. Jeff was born March 15, 1966 to Don and Karen Ralls Isham in Arco, Idaho. Jeff graduated from Butte County High School in 1984 and attended Idaho State University. Jeff married his high school sweetheart, Wendy Marvel, August 18, 1984 and to this union came Jeff’s beloved son, Damond Jeffery Isham. During this time Jeff worked for White Mortuary in Twin Falls, Idaho and later moved back to Howe, Idaho to pursue his love of farming and ranching with his Dad and brothers. Jeff and Wendy were later divorced.

Jeff met the love of his life, Kelly Garland, in January 1988. They were married June 10, 1989 in Howe, Idaho. The Lord blessed them with four more sons, Benjamin Don, Daniel Glen, Jonathan Lee, and Matthew Kelly whom Jeff adored.

For 33 years Jeff built a successful farming operation and trucking company. He truly loved trucking with his Dad and farming with his brothers. Jeff served on several boards for many years such as the Lions Club, Soil Conservation Service (SCS), Soil and Water Conservation District (SWCD), and Old Faithful Christian Ranch (OFCR). Jeff loved riding his motorbike and going on vacations with his family to make memories.

Jeff loved Jesus and surrendered his heart to the Lord and accepted Him as his personal Savior at a young age. Jeff attended Little Lost River Bible Church for many years. Jeff and Kelly were very active in the church. They led youth group for 16 years and were also Sunday School teachers and worship leaders. In 2009 Jeff and Kelly started attending Watersprings Church. They became active by leading youth group, young adults and an older singles group.

One word to describe Jeff would be “others”. Jeff truly loved people and always thought of others first. He never knew a stranger. Upon meeting Jeff for the first time, people genuinely wanted to hang around him and get to know him. He had the gift of encouragement and always made people feel special. He always had a smile and a hug for everyone and his sense of humor made us all laugh.