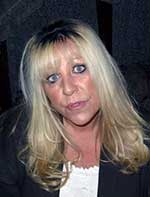 She was born April 18, 1961, in Soda Spring, Idaho to Linford and Hellen Sue Romero Reddish. She was raised and received her education in Bancroft, Idaho where he graduated from North Gem High School.

Jeanette worked as a CNA for home health in Bingham County RTC for many years. She enjoyed horseback riding, collecting antiques, and interior design. She was a member of TAPS (The Atlantic Paranormal Society) and an elite member of design home.

Surviving is her son, Dustin Dalke; two daughters, Tiffanie Louden, Katie Groshong, and seven grandchildren. She loved her children very much and her two sweet dogs, Melly and Circi. Cremation services were cared for under the direction of the Anderson Family Funeral Home in Arco.