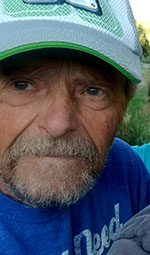 Gerald (Jerry) M. McAffee, age 75, passed August 25th, 2019 with family in Boise Idaho. He graduated from Butte County High School in 1962 and worked at the INL as an electrical engineer. Jerry enjoyed gardening,  camping, boating, as well as spending time with his family.

There will be a graveside service Saturday, September 7, 2019 at 11:00 am at the Hillcrest Cemetery in Arco under the direction of the Anderson Family Funeral Home. Immediately following there will be a celebration of life potluck at the Arco city park.

In lieu of flowers the family is asking that you make donations to Alzheimer's Association.