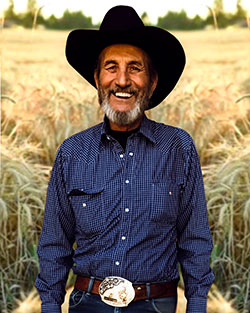 On Wednesday, October 14, 2020, Gayland B. Jones, loving father, grandfather and great-grandfather, passed away at the age of 68.

Gayland was born on October 1, 1952, in Pocatello, Idaho to Hillard and Bonita (Beasley) Jones. He lived as a member of the Operating Engineers Local 370, he was a heavy-equipment operator for 20-30 years and to his “trucking friends” he was lovingly known as Bionic Rooster. Gayland and his first wife Leslie (Stead) Jones happily raised their three children Josie Schild, Shawna Sharp, and Jared Jones in Chubbuck, Idaho.

Butte City was at the center of Gayland’s heart and contained many friends he considered family. He spent his last years enjoying his time with his current sweetheart, Heather Martin. He loved spending time at 4 Winds Roadhouse Bar socializing and sipping on a good glass of Crown Royal whiskey. One of Gayland’s favorite hobbies was riding his 4-wheeler with his buddies. It was rare to ever see Gayland without his cowboy hat, rattlesnake boots, and a big belt buckle. He was known for his genuine love for his family and friends, his hard work, and his infectious laugh.

He will be sorely missed by all who knew him. A funeral service will not be held at this time due to the current pandemic. Flowers and donations may be sent to 1537 N Old Highway 91 Inkom, Idaho, 83245. Donations may also be sent through Venmo to @Josie-Schild.