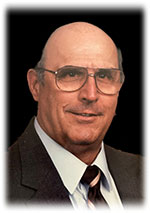 Edward Loren Bissonette passed away peacefully at his home in Moore, Idaho on September 3, 2021, at the age of 85.

Edward was born on December 19, 1935, to Claude Willard Bissonette and Carol L. Boring Bissonette in Flint, Michigan. He was the first of four children.

After graduating from high school, he enlisted in the United States Navy in 1953, serving his country until 1956. He was stationed in Patuxent River, Maryland.

He married Dorthy Freeman in 1956, they were married until her death in 1966. Edward later married Carma Thorngren on January 11, 1969, in Elko, Nevada. Together they raised their 8 children.

Ed and Carma lived in many places in Oregon and Idaho. While living in Oakridge, Oregon they owned Oakridge Plumbing Company. Edward was a proud member of the Pipefitters Union, Boise Local #296. This job gave him and Carma the opportunity to live in many places throughout the United States. As they both loved to travel, it suited them both well. They eventually settled in Moore, Idaho in 1991.

Edward had a great love of the outdoors. He enjoyed hunting and fishing as often as possible. He and Carma would travel to visit their large family at every opportunity. Ed would always have his camera in hand to capture every special occasion with them. He loved his grandchildren and could always be seen with one or two on his lap.

Funeral Services will be held Wednesday, September 8, 2021 at 1:00 p.m. at the Anderson Family Funeral Home, 2555 N. Highway 93, Arco, Idaho. A viewing will be held for one hour prior to the service. Interment will be in the Lost River Cemetery.