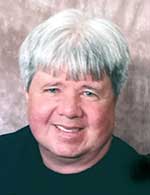 Doug was born July 3, 1959, in Hailey, ID, to C.G. (Smitty) Smith and Donna (Disbennett) Smith. He was raised in Arco, Idaho, and attended school in the Butte County School District, where he participated in football and track and was on the high school ski team. During his youth and teenage years, Doug and his brother Steve worked at Smitty's Body Shop and Auto Sales, where they learned auto body repair and mechanics from their father. Doug loved anything with a high-performance engine, knobby tires, and a beautiful paint job. Doug proudly graduated with the Butte High School Class of 1977 and maintained a Motley Crew of lifelong friends.

He loved the outdoors and had countless adventures snow-skiing, snow machining, water-skiing with his jet speed boat, dirt biking in the mountains, camping, fishing, and hunting. He was mechanically minded, incredibly resourceful, and possessed an uncanny talent for designing, building, and repairing almost anything he encountered. His passion was rebuilding his beloved 1968 Camaro, taking it for a spin with family and friends, or customizing the inside of his wheelchair-accessible van.

During the early 80s, Doug spent a short time working in the Arabian Show Horse business with his brother-in-law Spike Barter and sister Vicki. He then moved to Cedar Hill, Texas, becoming the Maintenance Forman at Zodiac Arabian Farm and traveling on the National Circuit. However, after enduring several years in the heat and humidity of Texas, Doug missed the majesty of the mountains of Idaho, so he returned to the Northwest, where he began his career working as a Pipe Insulator for B & K Insulation in Rawlings, WY. Doug then became a Pipe Fitter at the Idaho National Engineering Laboratory, joining Pipefitters Local and working in construction and the processing center at the Hecla Mine in Challis.

On his birthday, July 3, 2000, Doug was involved in a serious dirt bike accident. He suffered severe injuries, including damage to his spinal cord that left him paralyzed from the chest down. His disability became the greatest challenge of his life, one handled to the best of his ability. To overcome the limitations of his disability, Doug leveraged his mechanical skills, fabricating systems and equipment, much to the amazement of his family and wonderful caregivers throughout the past 22 years. He also found satisfaction cruizing in his wheelchair, venturing downtown Arco to check on friends and neighbors, and walking his beloved dog Skeeter on the green belt.

Doug was a member of The Church of Jesus Christ of Latter-Day Saints; he served as a city councilman for the City of Arco and was on the Arco Airport Commission board. He loved the terrain surrounding the Lost River Valley, the small business Community of Arco, and took pride in knowing that he carved many trails into the local foothills.

A Celebration of Life will take place Saturday, September 24, 2022, at 11:00 am at the Anderson Family Funeral Home.