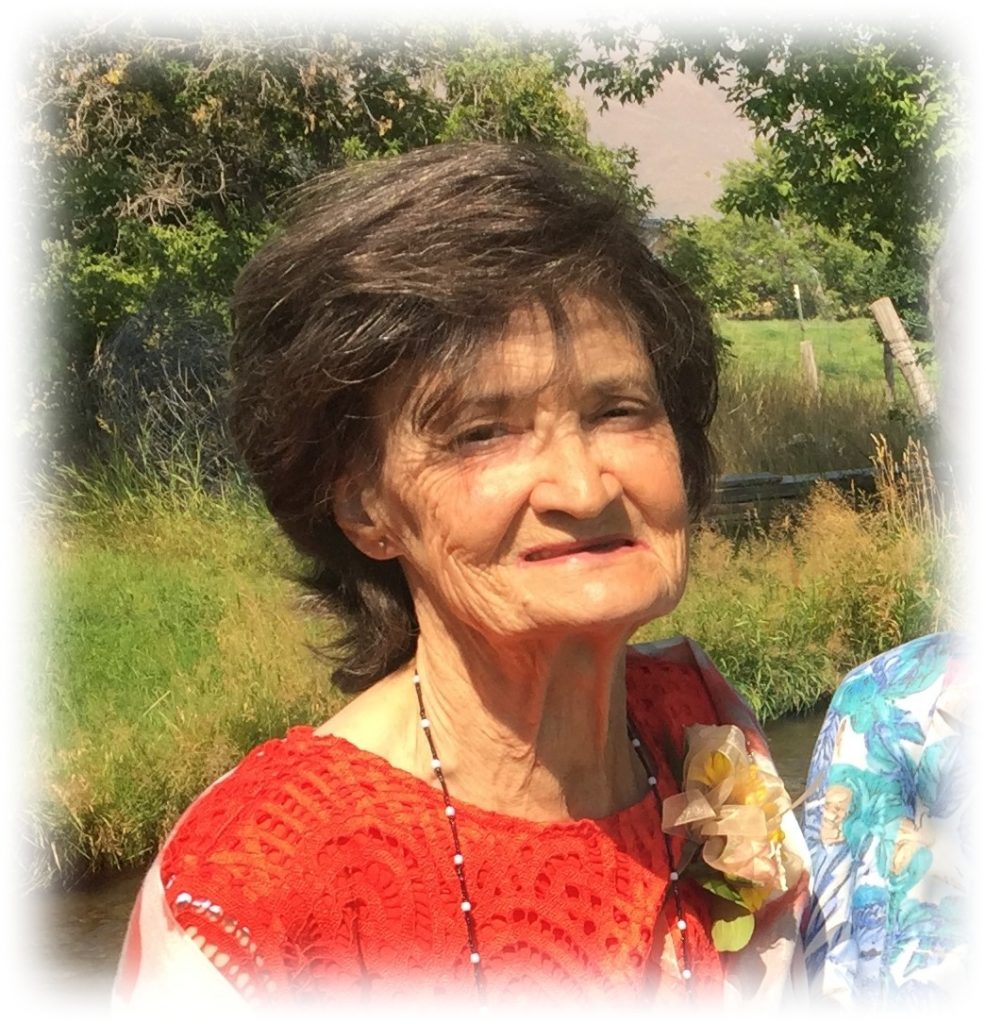 Colleen Johnson Babcock was born on December 8, 1947 to James Webster (Web) and Hortense Ellener Pate Johnson in Arco, Idaho.  Her brothers Melvin and Vernon were both teenagers when she was born and they loved their baby sister. Her sister Elaine, was eleven when Colleen was born and they have been best friends their whole lives. Young Colleen was a sharp, smart sweetheart while also struggling with health challenges.

She attended school in Moore until eighth grade and started high school in Arco. When her father passed away in January 1964, she and her mother moved to Shelley, Idaho where they lived with her sister Elaine, Elaine’s husband and two young sons. During her senior year in Shelley, Colleen worked as a dental assistant.  After graduating from Shelley High School, she attended Regis Beauty College in Idaho Falls and became a hair-dresser in Arco.

Colleen met Bill Babcock at a bowling league in Arco and they quickly fell head over heels for each other. They were married in 1970 and were later sealed in the Idaho Falls LDS Temple in 1999. Colleen welcomed her first child, Kenneth James (KJ) who was born on her birthday in 1970. Two years later, they brought home a daughter, Angela Marie, the day after Christmas in 1972. Colleen was a loving mother to her children and found joy in making life special for her family. She was her kid’s biggest cheerleader and was so proud of them as they became adults.

Bill and Colleen and their children lived in the home that Bill built with his best friend Bob Salwachter in 1971 where they raised a magnificent vegetable garden and tended to a beautiful yard and apple orchard.

Colleen changed careers in 1984, attending the East Idaho Vocational Technical School where she was at the top of her class in business studies. She was hired by the Cammack family at the Arco Advertiser where she handled the books, edited copy, and pitched in wherever the small shop needed for over 15 years. Later, she helped the Hansen family at Valley Insurance Center with filing and reception.

Colleen loved serving her community. She volunteered with the Lost Rivers Chamber of Commerce to produce the Winter Rose Festival in the late 1980s and was involved in community theater. She launched a campaign for voters to approve a bond measure to build a new community center for the county.

She was active in the Lady Lions and Lions Club where she filled leadership roles and served on the board of the Craters of the Moon Natural History Association.

Her husband, Bill, passed away on New Years Day 2005, just days after celebrating the marriage of their son KJ to Sarah Nelson.

Colleen enjoyed traveling to visit her kids wherever they lived. She spent time in Los Angeles with her daughter Angie and visited KJ in Alaska and Kentucky where he was stationed in the Army. She provided travel recaps for the Arco Advertiser of the fun she had.

In 2021, Colleen sold her beloved home and moved to Moore where she lived next door to her son and daughter-in-law on the century old Johnson-Pate homestead. She was pleased when the new owners of her home were discovered to be distant cousins with two young children and an appreciation for the cozy home and acreage.

She loved spending time with her sister Elaine who cared for her many times during illness and was her trusted confidant and best friend. They spent summers maintaining and improving the property they owned together where the Johnson Family Reunion was held every July.

After Colleen moved to her home in Moore, she enjoyed taking care of the yard and flower beds and was always accompanied by her little poodle, Osa. She could often be seen with a Sudoku book, solving puzzles for hours. She liked putting up peaches and plum jam every summer and she was happy living near her son and daughter-in-law who visited her daily for chats and meals.

Colleen was a lifelong member of the Church of Jesus Christ of Latter-day Saints and served in various teaching callings in the Arco Ward before moving to the Moore Ward.

Services will be held Wednesday, December 21st 2022, at 11:00 a.m. at The Church of Jesus Christ of Latter-day Saints ~  Moore, Idaho Stake Center with interment following at the Lost River Cemetery under the direction of the Anderson Family Funeral Home.

Services will be held Wednesday, December 21st 2022, at 11:00 a.m. at The Church of Jesus Christ of Latter-day Saints ~  Moore, Idaho Stake Center with interment following at the Lost River Cemetery under the direction of the Anderson Family Funeral Home.