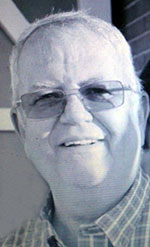 Cliff LaMar Summers returned with honor to our loving Heavenly Father on the morning of September 5, 2020, after a long and courageous battle with Inclusion Body Myositis. Cliff was born September 17, 1948, in Idaho Falls, Idaho, to LaMar and Cleo (Johnson) Summers. Men wanted to be like him, women wanted him, but ultimately Janell Swagerty stole his heart. They were united in marriage on February 4, 1968, in Hugoton, Kansas. In October 1972, they were sealed for time and all eternity in the Idaho Falls Temple of the Church of Jesus Christ of Latter Day Saints. Janell was his sweetheart. They built a beautiful life together, worked through hard times, good times and grew closer to one another. They look forward to spending eternity together.

Cliff joined the United States Navy in November 1967, during the Vietnam conflict. He proudly served his country aboard the USS Brister, USS Samuel Gompers, and USS Ernest G. Small. He was stationed in San Diego, California and Pearl Harbor, Hawaii. Cliff was a member of the Church of Jesus Christ of Latter Day Saints. He served in various callings including Bishop, High Council, and Temple Worker just to name a few. He was always serving and trying to lighten the burdens of others. He loved the Savior and always tried to follow his example.

He was a very devoted father. Always making it to his children’s activities. He was the unofficial referee of GBHS football 87-89 and 93-96. Sporting his own uniform and making the “correct calls” from the stands. He and Janell were involved in the Panther Booster Club and served as co-presidents at one time.

Working in the oil and gas industry for 48 years afforded him many friendships from all over. He was a past member of the Society of Petroleum Engineers, American Petroleum Institute, and Lions Club. To most, he was known as Cliffie, but his favorite title was that of Papa. A name he proudly honored. He adored his 17 grandchildren and they all knew that they were loved by him. Daxton, Cale, Ryan, Chance, Sydney, Shiloh, Caden, Reiss, Sloane, Bo, Kimber, Hunter, Koltin, Madison, Jack, Sammy, and Jensen.

Here’s to one amazing guy who was always fully present, freely sharing all that he had and forever focused on others. Tough to lose such a friend as this and thankfully, in Christ there are no final goodbyes. Survivors include, wife of the home; two sons; Shane Summers (Angie) of Salina, KS and Dustin Summers (Briannie) of Darlington, ID; three daughters, Stephanie Summers of Lehi, Utah, Liberty Miller (Scott) of American Fork, UT and Traci Fleming (Nate) of Great Bend, KS; seventeen wonderful grandchildren; mother and step-father Leo and Cleo Amy of Howe, ID; three brothers, Allan Summers (Debbie) of Blackfoot, ID, Dee Amy (Juliette) of Howe, ID and Kelly Amy (Cheryl) of Howe, ID; one sister, Sherry Smith (Dean) of Bancroft, ID. He is preceded in passing by his father, LaMar Summers, and son-in-law, Daniel Sanford.

He will be greatly missed for he was greatly loved.

Funeral services will be 1:00 p.m. Wednesday September 9, 2020, at the Church of Jesus Christ of Latter Day Saints, Great Bend, with military honors conducted by the U.S. Navy Honor Guard. Bishop Peter Solie will be presiding. Interment will be at a later date in Howe, ID. Visitation will be 4:00 – 9:00 p.m. Tuesday September 8, with the family receiving friends from 5:00 – 7:00 p.m., all at Bryant Funeral Home. Memorials may be given to the Great Bend Fire Department Activity Fund, in care of Bryant Funeral Home.

A graveside service will be held Saturday, September 12, 2020 at 3:00 pm at the Howe Idaho Cemetery under the direction of the Anderson Family Funeral Home.