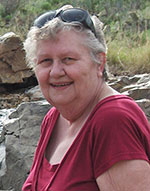 Betty Rae Mortimer was born on a cold, wintry day on the 28 January 1943 in Rexburg, Idaho to Reed and Carma Ellen Robertson Mortimer. They were living in Hibbard at the time working on a farm.

In 1948, after adding 3 more children; for a total of 5 children; Reed and Carma moved to the St. Anthony area, where they lived up in the mountains, at Sand Creek and worked for Carma’s mom and dad ranching, raising hay, cattle and sheep.

During the winter months, the family would move down to the St. Anthony area where the kids went to school. Betty didn’t really like it when they had to move back to Sand Creek in the summer months; she missed her friends from school. Betty attended school in Parker and later St. Anthony.

When Betty was a sophomore in high school, she became very ill with glandular fever and had to remain home in bed for several months. Because of that, the teachers had her drop out of school. Betty never returned to school; partly because she seemed to be fighting a lot of illness with liver problems. (Later in life, this became understandable when she was diagnosed with Hemachromatosis; a heritary disease passed down through the blood) Betty’s mom died from this disease in 1965 and Betty had to have phembotomies to pull the iron out of her system and keep her liver healthy.

In November of 1958 Betty eloped with Steven Brent Cook and this marriage ended in divorce in March of 1959.

Betty had a little girl, Sheri Dawn in June of 1960 and later that fall started dating Dorain Pehrson from Teton Valley. Betty and Dorain were married on the 11 August 1961 at Plano, Idaho. They made their home in Rexburg, Idaho for about a year and then moved out to the Pass Creek area near Mackay, where his parents had a farm. Here they had two boys, George Henry and Glendon Eugene to join the family. Betty and Dorain later moved to the Darlington area, where they worked in the Rodeo stock business and hay business. In 1970, Betty gave birth to a little girl named Ellen, who was stillborn. Betty had a very rough birth and almost lost her life at this point.

Later, Betty and Dorain moved up just outside of Mackay to live. Betty had jobs working at the INEL, office manager for Jack Youngstrom Power, plus running the books for their own personal businesses. She loved being secretary for the rodeo events and taking care of getting the advertising for these events. During the fire season, Betty drove buses for the fire crews.

Because of Dorain’s health, they decided to start spending the winter months in warmer climate. They went to California with their 5th wheel and stayed at Sheri’s, then onto Nevada and Arizona to hang out in the desert. They even managed to take a cruise or two.

After Dorain’s death, Betty was still living at the home near Mackay and traveled to Queen Valley for a few weeks to a month for the first few winters. After a few years, Betty’s health started to decline and it became necessary for her to go to the Boise area and be closer to her family.

Funeral services will be held Saturday, July 18, 2020 at 1:00 pm at the Mt. McCaleb Cemetery. Services are being cared for by the Anderson Family Funeral Home of Arco.